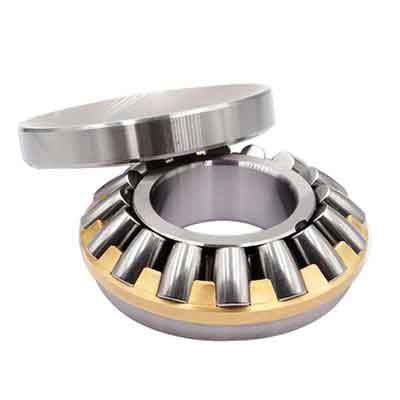 Unlike other thrust bearings in the catalog, this type of bearing has a very large axial load capacity. It can also withstand a number of radial loads while bearing axial loads, but the radial load must not exceed 55% of the axial load.

As long as the loads P and P0 do not exceed 0.05C0, and the shaft ring rotates, the bearing allows the alignment angle listed in the following table.

Oil lubrication is generally used when in use.